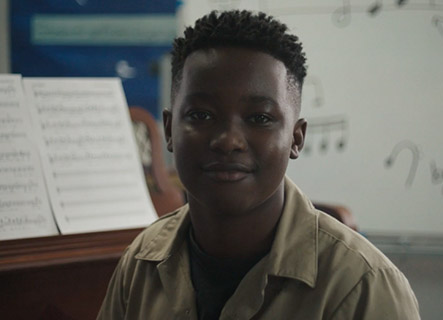 Joshua’s father up and left overnight leaving him confused, sad, angry and less than. He feels like music really helped him through this rough transition as it gave him an escape from everything he was having to deal with in real life. During music class or song writing club, they were allowed to just be kids and not worry about their home life which really saved them. His music teacher Sean Carney was a huge influence for him, he stepped in and supported and mentored Joshua and his sister through this period and the kids really look to him like a father figure.