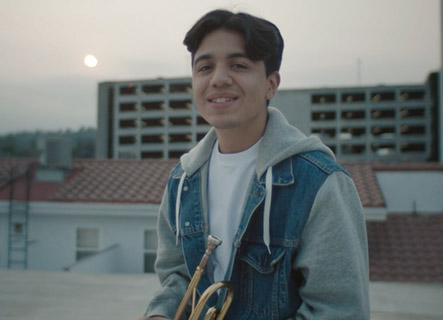 Jose grew up with his mother in Los Angeles where his mother had to work two jobs (still does) to make ends meet and even with two jobs it has always been a struggle. Jose had to grow up quickly and take on responsibilities early to help his mother so trumpet was a great escape for him. He picked it up at school and was able to escape his home life for moments here and there during rehearsals and whilst practicing which gave him reprieve from his tough reality and also brought him joy as he mastered his instrument. He’s now at Santa Monica College and working on producing songs as well.